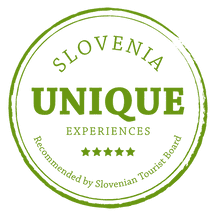 In the westernmost part of Slovenia, where the Mediterranean and Alpine worlds meet, lies the Soča valley.

More than two thousand meters high alpine peaks with majestic wall faces are rising above the valley. Smaller, but no less impressive walls can also be found in the valley alone, just above the Soča, which is one of the most beautiful European rivers, or at the nearby Nadiža river.

In the midst of the rushing Alpine rivers and the relentless, majestic walls, we offer an unforgettable experience of camping on overhanging platforms – an invention of Yosemite walls climbers. You will be situated on the platforms with the help of experienced mountain rescuers and guides.

You will be able to soak in the atmosphere of this very special place. A mere stone's throw away you will be able to see the remains of a residence from the Bronze Age. Along the river runs the centuries old path from Romanic to the Germanic world, which has endured numerous armies for the last 3000 years, from the hoofs of Celtic combat horses to clattering wheels and caterpillar tracks from WW II. During WW I, the mountains along the river were a site of the most horrible thundering of cannons ever heard in the mountain world in all history of the human kind. On the nearby meadow, the soldiers of the 88th US Mountain Division waited in line for the US commander in Europe, Dwight D. Eisenhower, who came to ask the local population where a fair line between the Romanic, Germanic and Slavic worlds could be drawn.

At the end of the day, or at the sunrise, you will be able to witness a play of light on the mighty wall of Mount Krn, a symbol of the historic town of Kobarid (Caporetto).

The experience filled with adventure and impressions, will be followed by an adrenaline-filled descent down the 100-metre cliff. After ten minutes of walking barefoot through the Nadiža river, you will again find yourself in the world you escaped before.